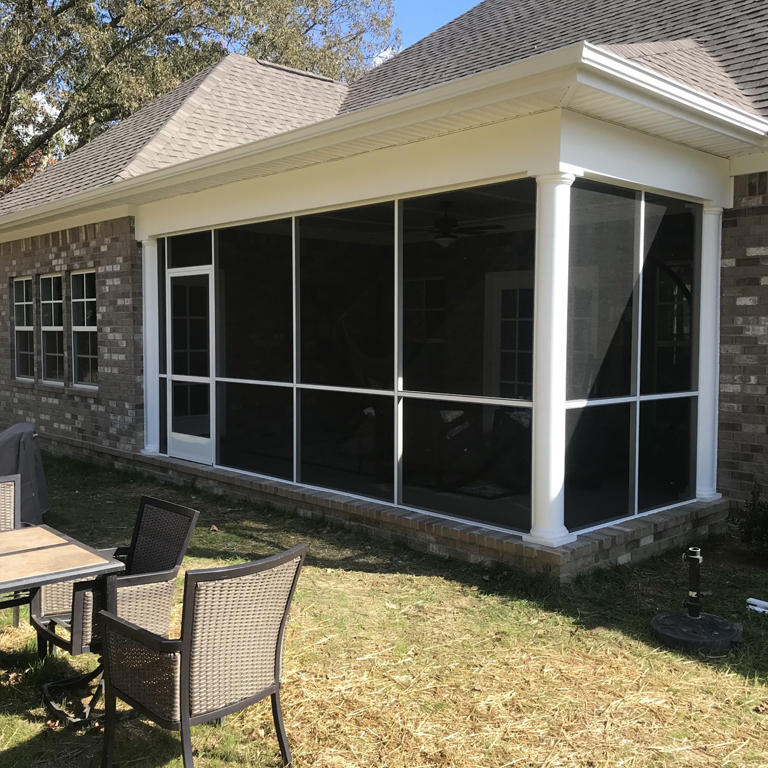 Let our superior team demonstrate what quality workmanship and customer service look like through our residential gutter services and patio covers. With our commitment to your satisfaction and making your home more enjoyable throughout the seasons, you can always expect an end result that makes your dreams a reality. For more information about our services, contact Monster Home Services LLC today! 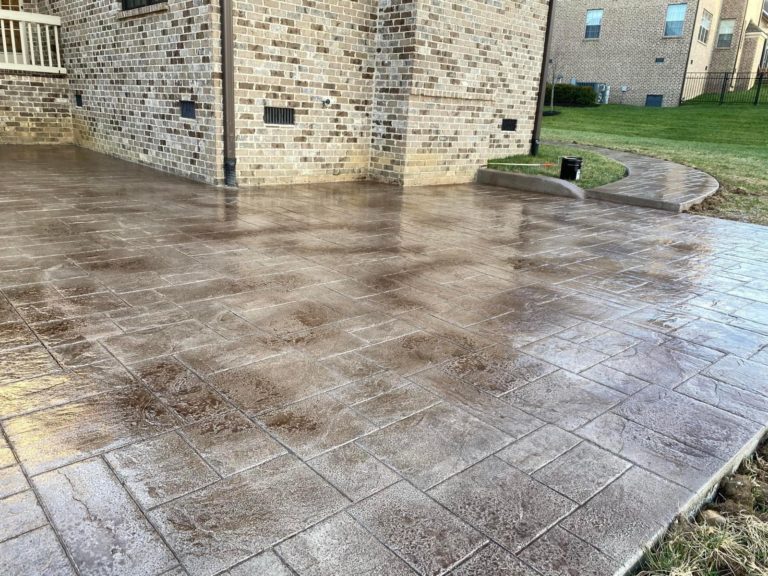 Stamped concrete, sometimes called textured or imprinted concrete is a simple concrete mix that has had work done to it to make it look like another material. Some of the common looks are brick, stone, or tile. The vast number of designs and color panels make it easy for arranging patios, pool decks, driveways, and more. Also, compared to most paving choices, this method requires less care than other materials. There are tons of color options. Many try to enhance the current landscape and style of their home by choosing patterns and colors that blend with existing structures. Most concrete companies claim they do the right preparation steps for the site, but they don’t calculate the proper concrete mix and psi for a long-lasting patio. Monster realizes how important this is and provides you with fiction and a long-lasting patio you and your family will relish for many years. 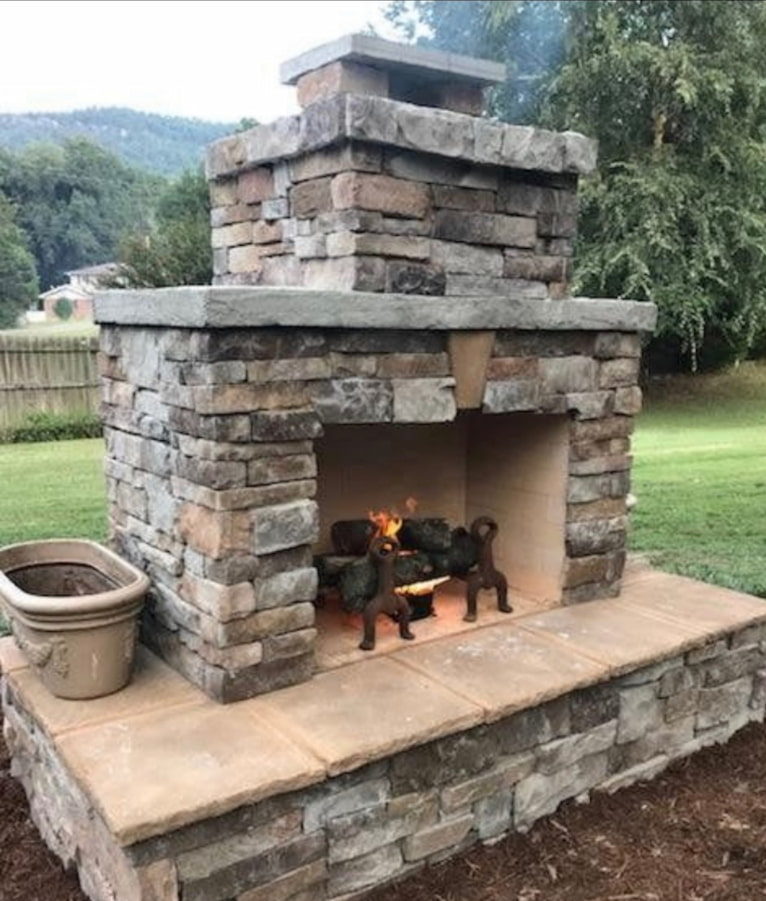 An outdoor fireplace or a simple pit can add to the comfort of your backyard, especially in the fall. The nights get chilly, so we make a fantastic focal point in your landscaping and a cozy heating source for cool evenings. With a custom fire pit addition, you will enjoy your yard even more. Monster Home Services proudly serves Hendersonville top of the line quality workmanship. Our team of trained members always performs every job with accuracy to confirm that all outdoor fireplaces are made Monster Strong for many years to come in a safe manner. With our considerably low prices, you will be surprised to find out just how much you can save when you choose us to install your outdoor fireplace today. 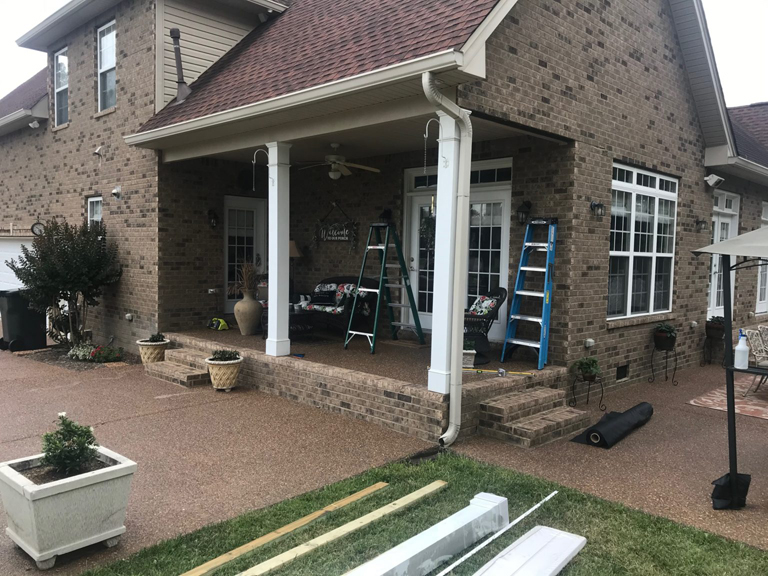 Homes need gutters. Without them, the rain will spill down the fronts of our homes, soaking siding and pooling at the foundation. Water collecting anywhere leads to microbial growth, including mold and mildew. Water collecting around the foundation of a home leads to serious structural problems. So gutters are definitely needed, but why choose Monster Home Services LLC for gutters? For years, we’ve been learning, researching, studying and perfecting the best gutters for your home. Our gutters are built for strength, quality, and durability so they will last for years to come. Monster Home Services LLC takes great pride in installing gutters that will be maintenance-free for the life of your home. 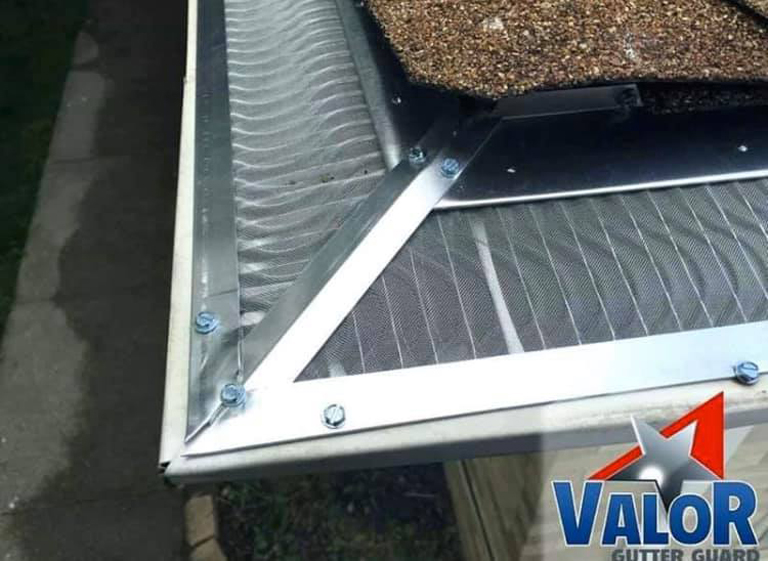 We have been increasing the beauty of your home and the function of your gutter system for years, our unique, gutter solutions offer an effective solution to gutter problems. Our clog-free, durable design will prevent damage from overflowing gutters, eliminating leaks and roof damage. Custom cut to fit your home, the tough aluminum and thick hangers will stand up to the harshest weather and will not cause any ugly seams. Have you considered installing gutter screens as a cost-effective means of covering your gutters? If you have standard open gutters and have become tired of climbing up ladders to remove wet clumps of leaves and debris, you are not alone! Monster Home Services LLC provides an economical solution for covering your existing gutters with screens, saving you time and keeping you safely on the ground! 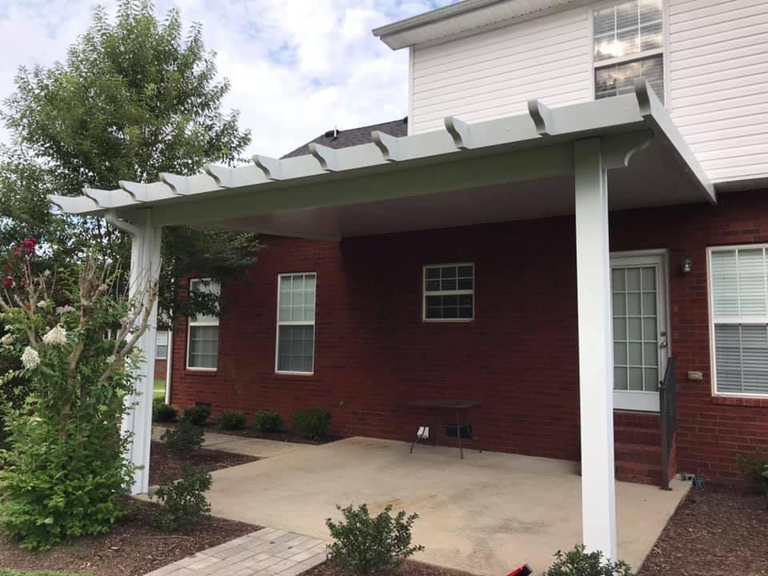 At Monster Home Services, we use aluminum products that will never rust and will offer you years and years of maintenance free enjoyment. Patio Covers extend your outdoor living space and enjoyment. Patio Covers provide shelter from the sun and rain. Great for protecting your patio furniture, entertaining guest outdoors, and outdoor cooking. There are many different styles of covers that are designed to suite your home and your budget. A new Patio Cover is the answer to your problem. 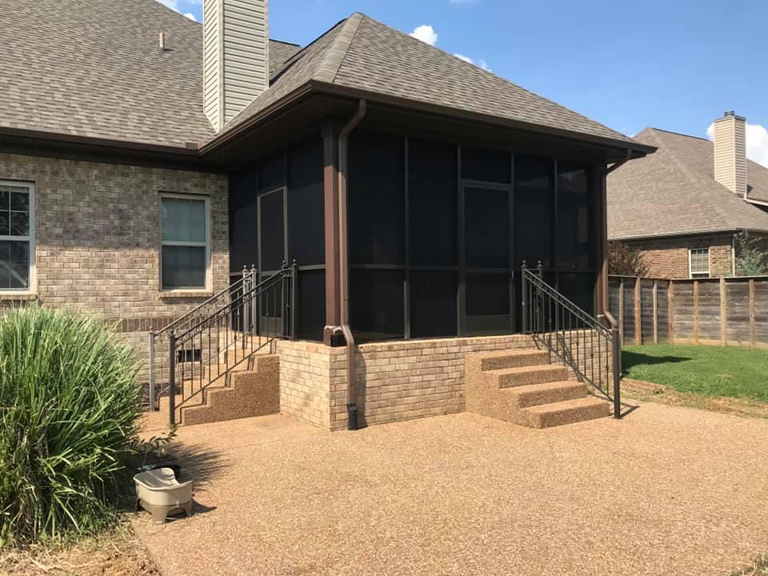 Monster Home Services LLC is proud to be the team you can count on to make your home’s outdoor area functional and comfortable all year round. Monster Home Services will customize your screen enclosures to be the perfect fit for your screen room or screened in porch. When you want your home to be more enjoyable throughout the changing seasons. We offer a wide range of patio screen enclosures and screen room systems that will be perfect for your lifestyle. We offer Aluminum Frame Systems, Retractable Patio Screens, Standard Insect Screens, Solar Screens, and Pet Screens. So many options to meet your specific needs for a screen porch in Hendersonville. 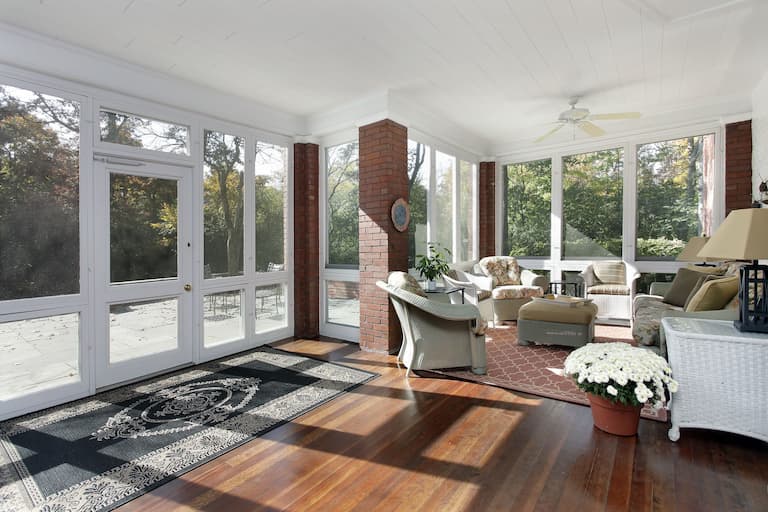 Monster Home Services LLC is proud to be able to currently deliver custom-made sunrooms and enclosures for Hendersonville, TN, and the surrounding areas. We would love to help you plan and build your fantasy sunroom!

If you add a sunroom to your home, you will soon realize that it will become the spot you never want to leave in your home. Customize every part of your sunroom with our wide range of options such as doors, windows, walls, and roof options. A sunroom constructed by Monster Home Services LLC gives you the ability to create fresh space in your home that works with your lifestyle.

The city has nearly 32 square miles of land and 26 miles of shoreline on Old Hickory Lake. Hendersonville was first organized in July 1969 and the city officially began order on August 1, 1969. With a higher than the average family income of $56,489, Hendersonville is the home of an extremely educated and prosperous citizenry and is known throughout the state as one of the nicest places to live, work, and play. It also offers a very unique blend of city living and spacious country surroundings.

Hendersonville residents, along with their guests and many residents of Nashville and surrounding areas enjoy the lake all year round, whether fishing, picnicking, water skiing, jet skiing, camping, or taking paddleboat rides and so much more fun. Hendersonville also has a status for having one of the best park systems in the state. They have a certain something for everyone. It is definitely worth a stop during your vacations, and is famously known as the “city by the lake.” As of today, you can still see the “House Of Cash” which was Johnny Cash’s home for over 35 years. Not only did he call Henderson home but June Carter called this area home for over 35 years.